Welcome. Take a look at some projects I’ve been working on.

Hospitals are currently exceeding capacity and strained for resources. Yet, in many cases, nurses and doctors must stay near patients to listen for alarms. Not only does this increase the exposure risk, it also further exacerbates the resource shortages.

While newer machines may support central telemetry, the majority of devices don’t. In addition, not only is it expensive to replace them, such a replacement results in substantial time costs from order processing, setup, and training.

Thus, this system was designed. It transmits audio signals from numerous rooms to doctors’ computers, decreasing exposure and also increasing efficiency while improving patient care. Now, each doctor can monitor many patients via a powerful web or desktop interface. At the same time, each patient can now be monitored by numerous doctors.

In the end, this system aims to provide cheap, reliable, and secure patient monitoring for hospitals. The device is scheduled to be tested in hospitals soon.

May 2020 -
Hybrid Sensor Sheet 🔗
A sensor sheet to detect both pressure and bending. It is made of a flexible material that can be cut into shapes. 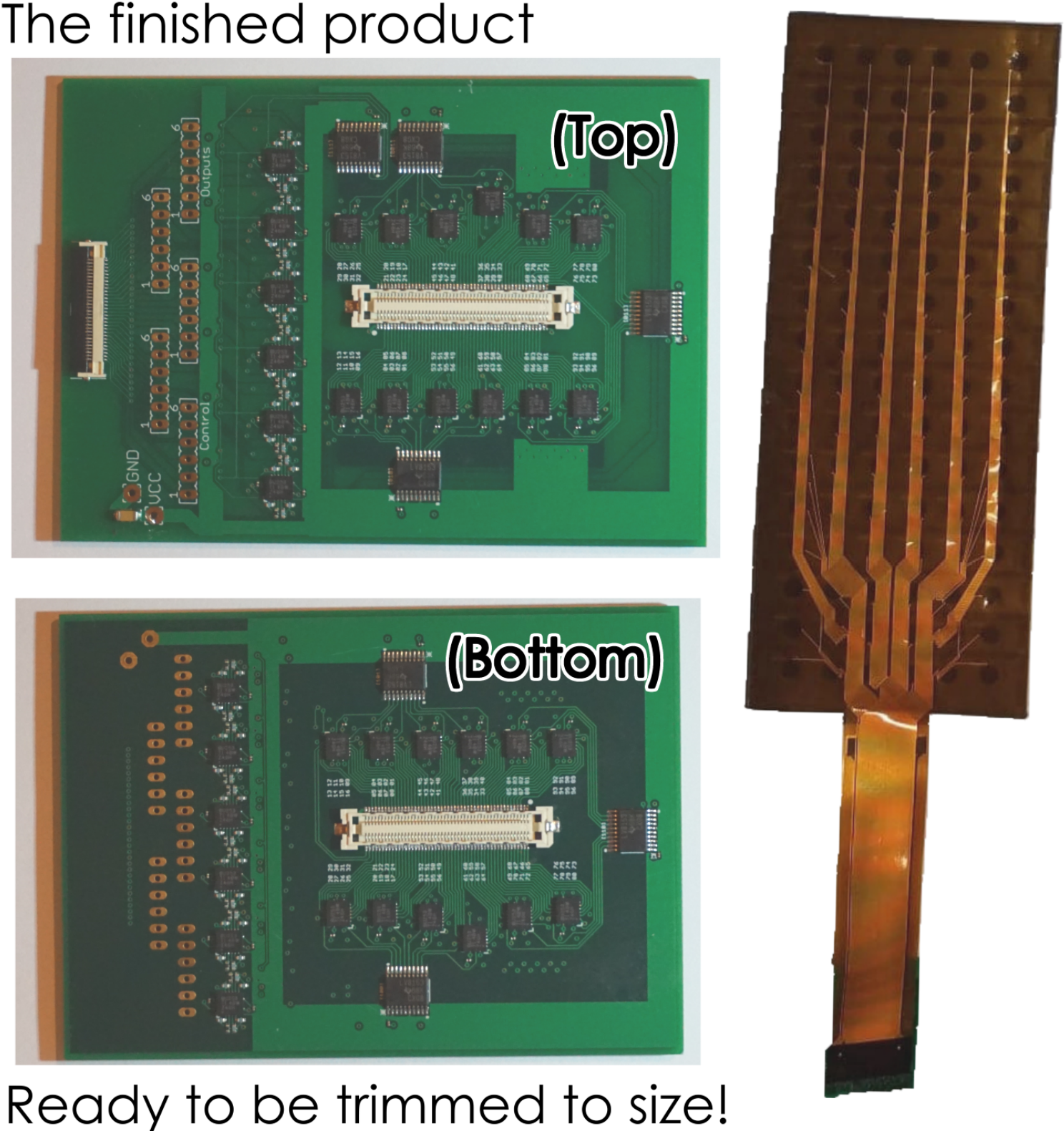 Thank you to SAIL and mHealth for funding this project.

2018-2019
MaskAPI
To use public services, wearing a mask is a must. Here's an easy way for anyone to integrate an automatic check.
September 2020
Collecture 🔗
A searchable collection of university lecture videos 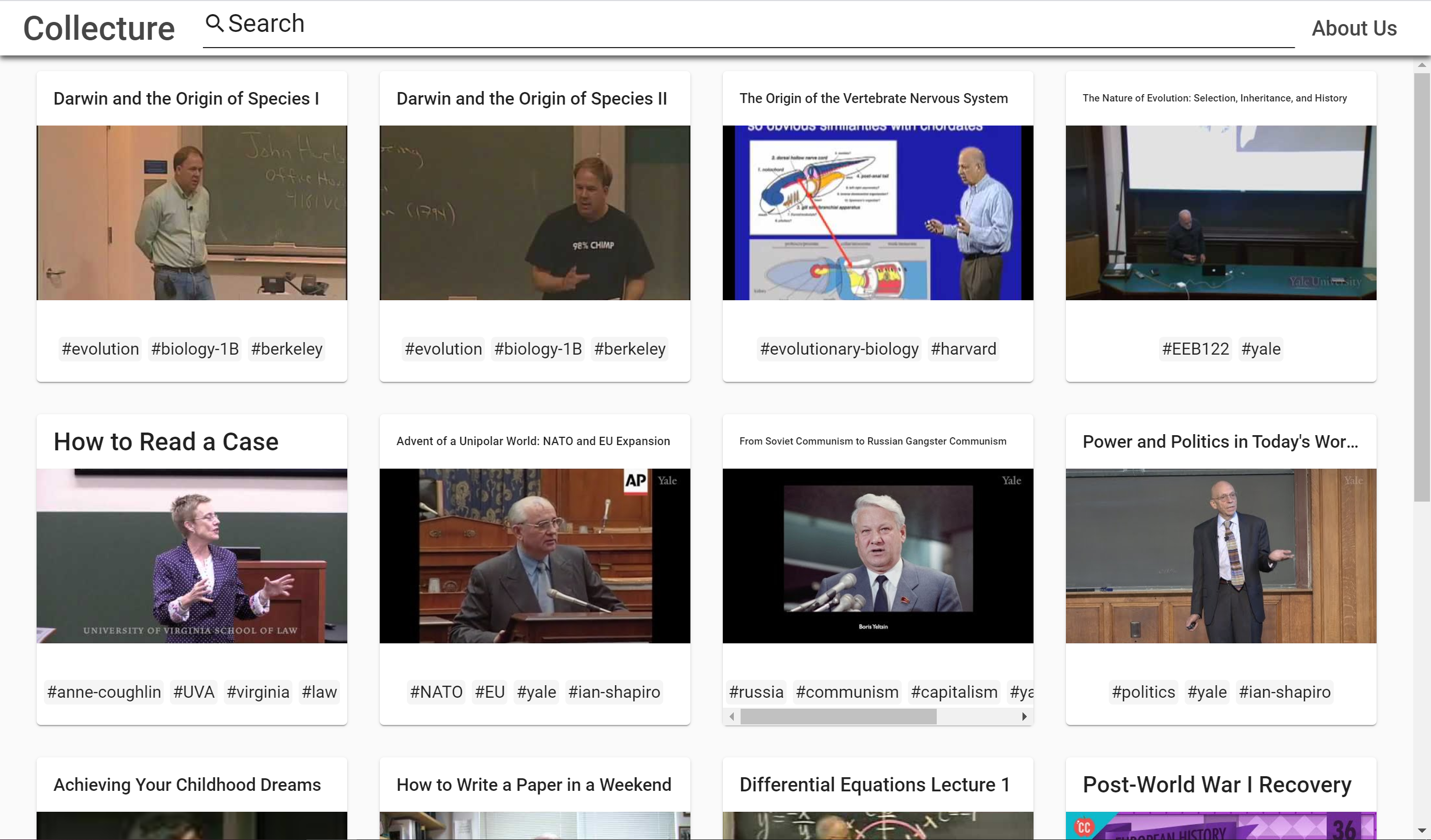 So many lectures are being held virtually right now. What if we could preserve and share them all?

May 2020
Vybe 🔗
A wearable device for distraction-free navigation 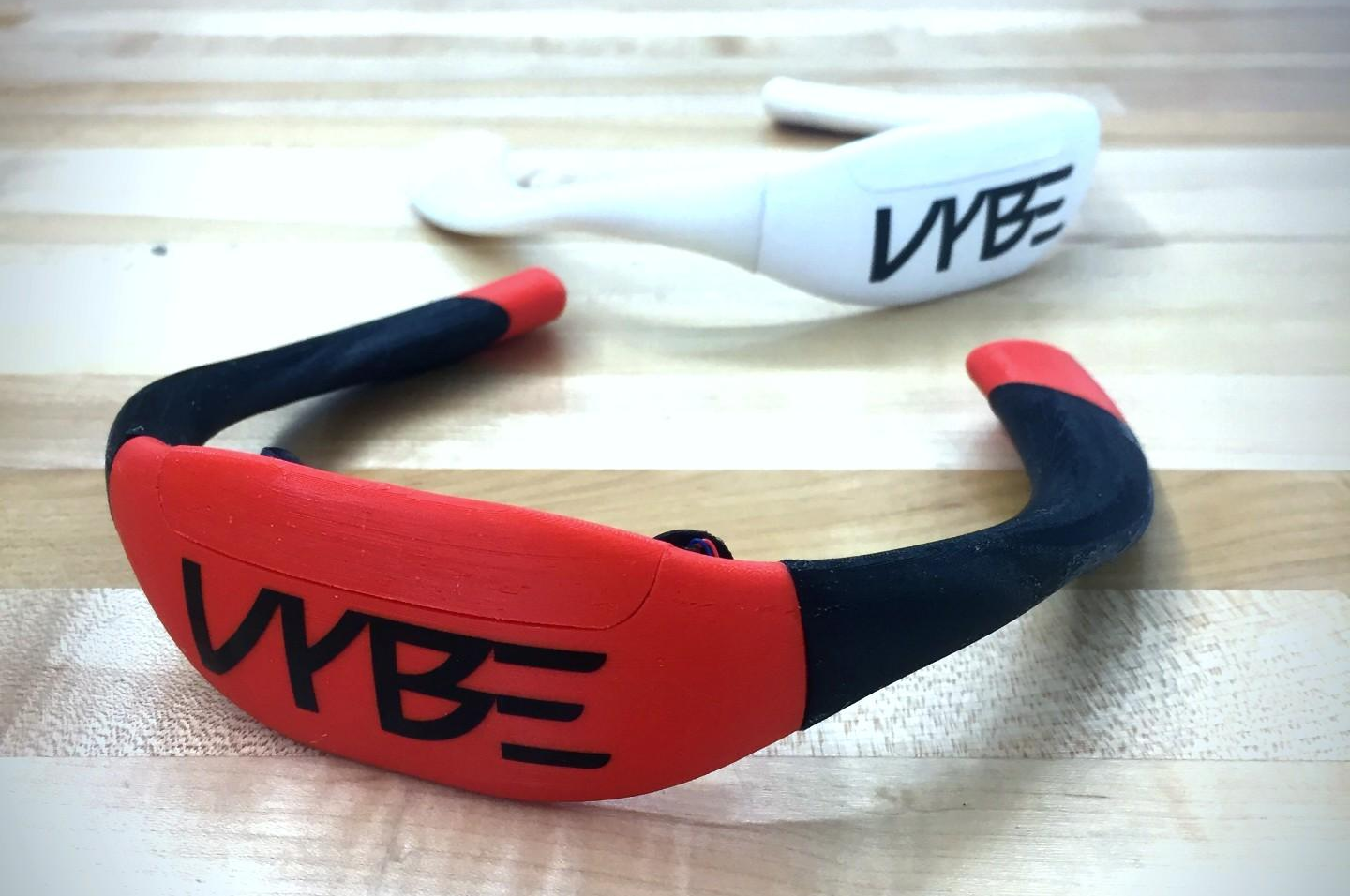 Compatible with both iOS and Android, Vybe is a navigation wearable that aims to get you to your destination quickly and safetly – with no sounds or visuals to distract. Never again will you have to risk a glance at your phone while approaching a busy intersection.

Utilizing Bluetooth Low Energy and a custom haptics stack, we aim to make navigation both safe and intuitive.

Our company began at a hackathon, where we developed the initial prototype of the Vybe. After a big win there, we went on to interview at Y-Combinator and have not stopped improving on it since. 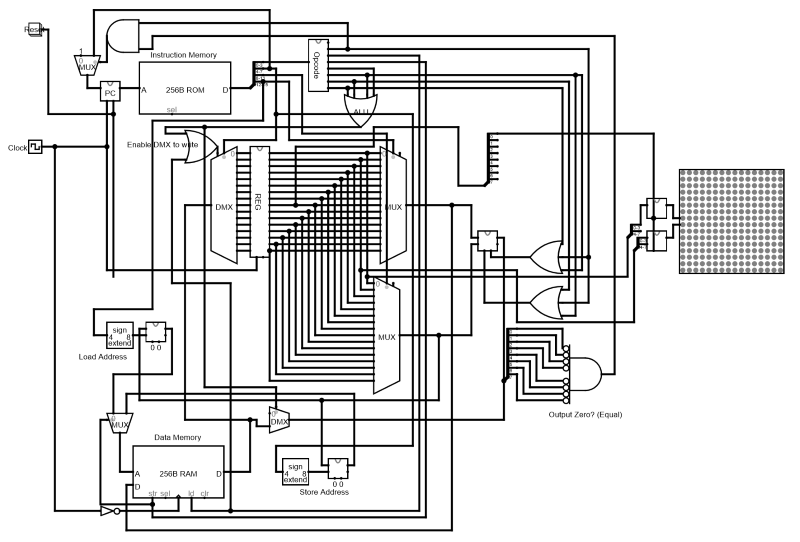 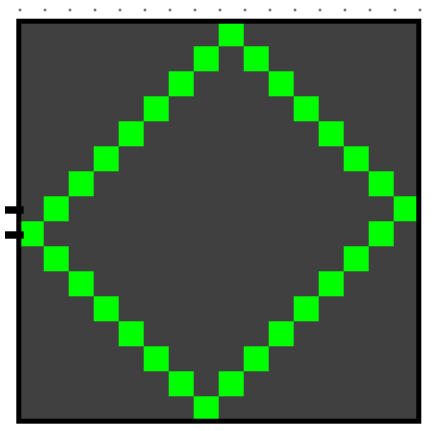 November 2019
Cylindrical Connect 4
What if we took Connect 4, and wrapped it into a cylinder?!

2019
AI Browser Game
An online game where players write algorithms to compete with each other.

Sporting an in-browser code editor, this game allows players to write their own algorithms to control agents which compete with one another in weekly challenges. Rather than competing for the highest score as with many algorithmic competitions, instead the agents are free to interact with, aid, and sabotage one another.

June 2020 -
Exercises in Web Technologies 🔗
A series of introductory exercises designed to introduce students to the advantages of more efficient browser capabilities such as WebAssembly and WebGPU.

Designed to work alongside a course at Columbia University, this series of exercises was designed to show the speed of new browser technologies such as WebAssembly and WebGPU relative to traditional methods such as JavaScript and C.

I’ve been tinkering with circuits for half a decade and programming for twice as long.

Peww.io 🔗
An online game designed to be fast, shiny, and cheater-free 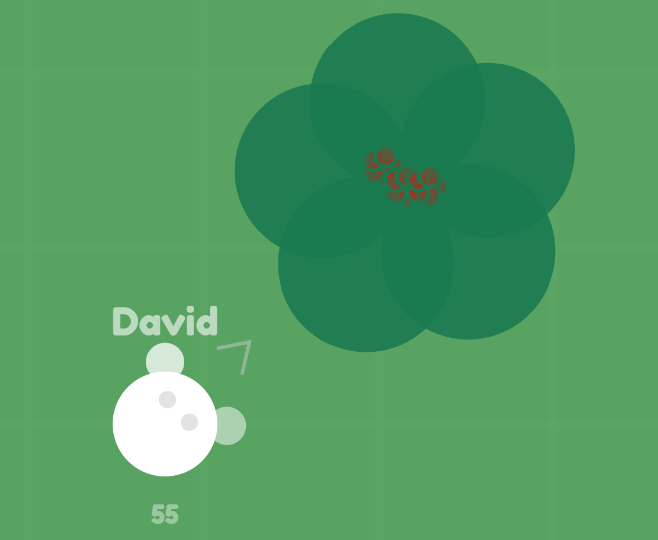 Developed as a fun and fair game to play with friends and strangers around the world, Peww began as a simple top-down game and has been evolving ever since. Another game is coming soon!

April 2020 - August 2020
Playlex
Don't know what to listen to? Pick your favorite word and discover a brand new playlist. 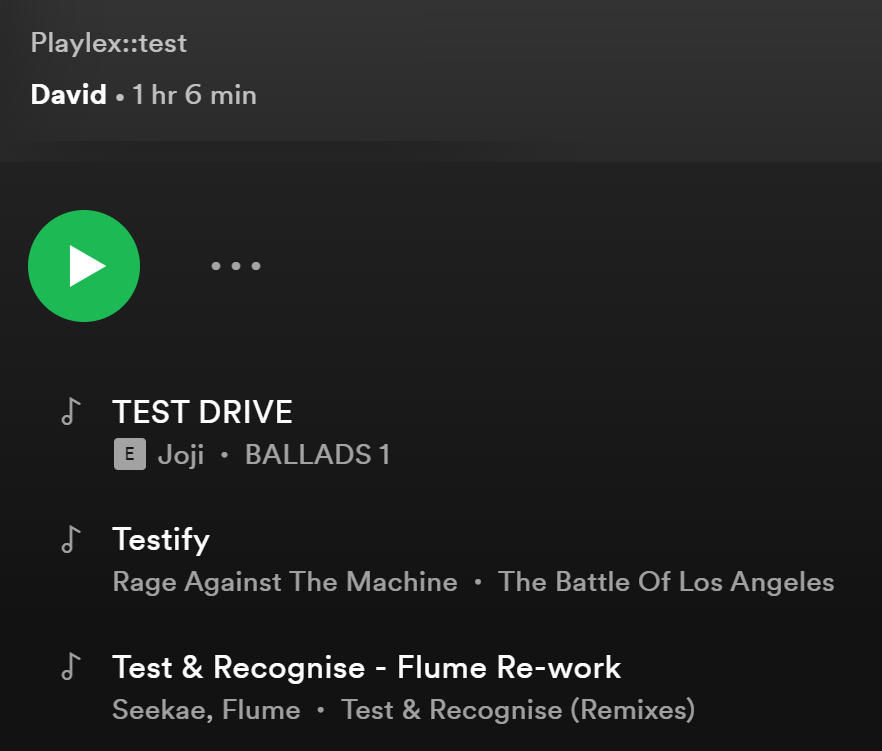 Utilizing the Spotify API, this website crafts a playlist of songs for you based on a single phrase and optionally a list of genres. There’s no way I’m the first person who’s wanted to listen to a playlist about “chicken nuggets”.

While many educational institutions rely on a long list of services to enable virtual instruction, this system aims to combine all of those technologies in one place.

Traditionally, an autonomous routine for a VEX robot is carefully planned, implemented, and tuned over the course of several days. However, some teams may not have the programming skill or time to do so. More importantly, even the most skilled programmer can’t develop a perfect routine without any testing in the midst of a competition.

This system allows a human driver to control the robot via a controller, recording the user’s actions. Then, during competition, the routine can be played back, recreating the motions via precise control systems utilizing PID controllers, velocity measurements, voltage readings, and sensor values.

The system can been exceptionally useful for designing an autonomous routine to synergize with an alliance’s strategy or to foil an opponent’s plans.

2017-2019
College Essay Writer 🔗
A minimalist tool for writing college essays -- or anything, really

Developed to aid in the college essay brainstorming process, this website serves as a simple tool to craft essays on. With the necessary metrics upfront and no distractions, users are able to experiment with essay ideas. They can also leave and take a break – when they come back, their essay will be waiting for them thanks to local storage capabilities.

SpecPlanner seeks to help facilitate the care of children diagnosed with Autism Spectrum Disorder (ASD). It provides a streamlined calendar-esque tracking interface which allows parents to keep records of good and bad behaviors.

Place two hands in the air and play away. By moving your hands and bending your fingers, you can play a five-octave piano as if it were right in front of you.

Designed as a free alternative to expensive gaming consoles, users can use a computer as the display while controlling the games from phones or tablets.

Note: The hosted version is set to always run a snake game. Make sure you have at least one “display” and two “controllers” connected – either on separate devices or separate tabs.

2015-2018
YRBK.live 🔗
A quick and simple way to enable yearbook signing online
July 2020
The Clean Air 🔗
Some words on air pollution with graphics and animations.

Winning a prize from Project Green Challenge, this website speaks about the dangers of air pollution with smooth scroll-based animations.

Created as a way to practice with my Quiz Bowl team, this website allows anyone to join a room with a computer or mobile device. Then, users can buzz-in at any time, with the earliest buzzes displayed to all.

Note: make sure you have at least one “display” and one “controller” connected – either on separate devices or separate tabs. The initial load time may be slow, as the system is hosted on a free Heroku dyno.

2017-2018
Musical Bobbleheads 🔗
These interactive bobbleheads will dance along with the music.

Pick a song and watch them move. Drag the heads to have some fun, or relax as these virtual bobbleheads move with the music.

Want to see some of the code? Check out my GitHub.